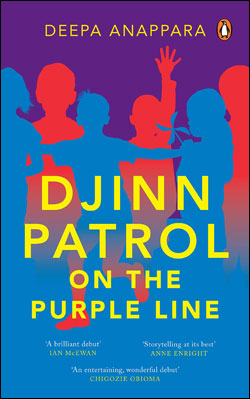 Djinn Patrol on the Purple Line: A Novel by Deepa Anappara

In a sprawling Indian city, a boy ventures into its most dangerous corners to find his missing classmate. . . Through market lanes crammed with too many people, dogs, and rickshaws, past stalls that smell of cardamom and sizzling oil….and all the way at the end of the Purple metro line, lies a jumble of tin-roofed homes where nine-year-old Jai lives with his family. Djinn Patrol on the Purple Line plunges readers deep into this neighborhood to trace the unfolding of a tragedy through the eyes of a child as he has his first perilous collisions with an unjust and complicated wider world.
Drawing on real incidents … Djinn Patrol on the Purple Line is extraordinarily moving, flawlessly imagined, and a triumph of suspense. It … carries the reader headlong into a community that, once encountered, is impossible to forget. 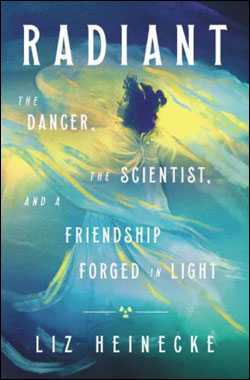 Radiant: The Dancer, The Scientist, and a Friendship Forged in Light by Liz Lee Heinecke

Part hidden history, part love letter to creative innovation, this is the true story of an unlikely friendship between a dancer, Loie Fuller, and a scientist, Marie Curie, brought together by an illuminating discovery.

At the turn of the century, Paris was a hotbed of creativity… A pivotal figure during this time, yet largely forgotten today, Loie Fuller was an American performance artist who became a living symbol of the Art Nouveau movement with her hypnotic dances and stunning theatrical effects. In the early 1900s, she heard about Marie Curie’s discovery of a glowing blue element and dreamed of using it to dazzle audiences on stage.

Radiant is the true story of two revolutionary women drawn together at the dawn of a new era by a singular discovery, and the lifelong friendship that grew out of their shared passion for enlightenment.

Terror to the Wicked: America’s First Trial by Jury That Ended a War and Helped to Form a Nation by Tobey Pearl

A little-known moment in colonial history that changed the course of America’s future. A riveting account of a brutal killing, an all-out manhunt, and the first murder trial in America, set against the backdrop of the Pequot War (between the Pequot tribe and colonists of Massachusetts Bay) that ended this two-year war and brought about a peace that allowed the colonies to become a nation.

In 1638, near Plymouth Colony a young Nipmuc tribesman returning home from trading beaver pelts is fatally stabbed in a robbery by a vicious white runaway indentured servant. The tribesman, is able with his final breaths to reveal the details of the attack to Providence’s governor, Roger Williams. A frantic manhunt by the fledgling government ensues to capture the killer and his gang, now the most hunted men in the New World.