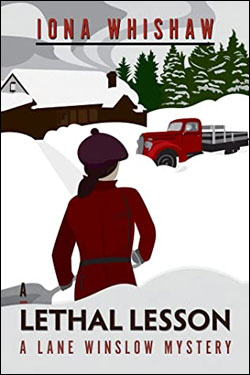 A Lethal Lesson (Lane Winslow #8), by Iona Whishaw
Back home in the Kootenays after her Arizona honeymoon, Lane offers her assistance when neither the outgoing teacher, Rose, nor her replacement, Wendy, show up at the local schoolhouse one blizzardy Monday in December. The teachers’ cottage is found ransacked with Rose unconscious and bleeding, and Wendy missing.

Never one to leave a post unmanned, Lane enlists as substitute teacher for the final two weeks before the Christmas holidays, during which time she discovers a threatening note in the teachers’ desk and a revolver in the supply cupboard. But these clues only convolute the case further. Who has been tormenting these women, and where has Wendy gone?

Dial A for Aunties, by Jesse Q. Sutanto
A hilariously quirky novel that is equal parts murder mystery, rom-com, and a celebration of mothers and daughters as well as a deep dive into Chinese-Indonesian culture, by debut author Jesse Q. Sutanto. 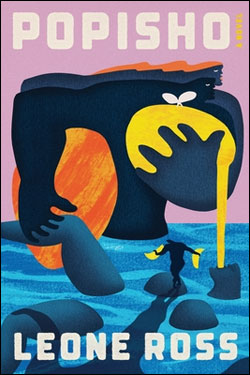 Popisho, by Leone Ross
A storm is brewing. Before it comes, before the end of the day, this wildly imaginative narrative will take us across the islands, their history, and into the lives of unforgettable characters.

Xavier Redchoose is the macaenus of his generation, anointed by the gods to make each resident one perfect meal when the time is right. Anise, his long lost love, is on a march toward reckoning with her healing powers. The governor’s daughter, Sonteine, is getting married, her father demanding a feast out of turn. And graffiti messages from an unknown source are asking hard questions

Endings, by Linda L. Richards
What would it take for you to kill someone for money? And if you did, who—or what—would you have become? These are the questions one woman faces when she loses everyone she loves and everything she has. When the opportunity arrives to reinvent herself as a killer for hire, she takes it. She’s good at it—and if she doesn’t do it, someone else will.

Then everything changes when she learns about a serial killer so horrible she vows to find him and kill him until—overcome by self-doubt—she seeks redemption rather than vengeance. 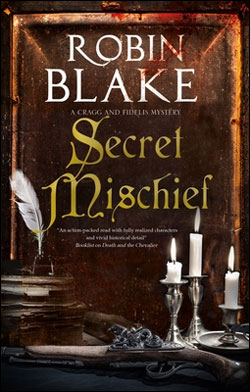 Secret Mischief (Cragg & Fidelis Mystery #7), by Robin Blake
April, 1746. When County Coroner Titus Cragg is called to examine a body found shot to death at a local farm, he finds himself drawn into a bizarre and complex case where nothing is as it first appears. As he questions those who knew the victim, it becomes clear that not everyone is telling him the whole truth.

Could the motive for the murder lie in a dangerous contract the dead man had signed more than twenty years before, a so-called tontine agreement? Just what does the victim’s enigmatic lawyer, Ambrose Parr, know that he’s not revealing? As he and Dr. Luke Fidelis attempt to track down the six other signatories to the contract, Titus realizes that if they do not find answers – and fast – more violent deaths will surely follow.

The Blind Pig Murders (Caroline Case #2), by Frank Gertcher
The year is 1928 and Prohibition is the law of the land. Caroline Case, who we first met in 2019’s The River Rats Murders is now a wealthy, full-fledged private detective in Chicago. With her partner Hannibal Jones, she visits upscale yet scandalous salons near Lakeshore Drive and prowls dangerous and dark underworld dens in sleazy, industrial neighborhoods. Booze, murders, kidnappings and daring rescues abound. Caroline and Hannibal employ the latest tools of forensic science to solve murders and bring the culprits to justice, legal and otherwise. 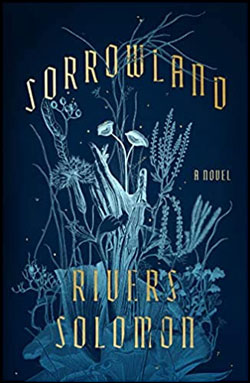 Sorrowland, by Rivers Solomon
Vern – seven months pregnant and desperate to escape the strict religious compound where she was raised – flees for the shelter of the woods. There, she gives birth to twins, and plans to raise them far from the influence of the outside world.

But even in the forest, Vern is a hunted woman. Forced to fight back against the community that refuses to let her go, she unleashes incredible brutality far beyond what a person should be capable of, her body wracked by inexplicable and uncanny changes.

To understand her metamorphosis and to protect her small family, Vern has to face the past, and more troublingly, the future – outside the woods. Finding the truth will mean uncovering the secrets of the compound she fled but also the violent history in America that produced it.

SAS: Red Notice (Tom Buckingham #1), by Andy McNab
Deep beneath the English Channel, a small army of vicious terrorists has seized control of the Eurostar to Paris, taken 400 hostages at gunpoint – and declared war on a government that has more than its own fair share of secrets to keep.

One man stands in their way. An off-duty SAS soldier is hiding somewhere inside the train. Alone and injured, he’s the only chance the passengers and crew have of getting out alive. Meet Andy McNab’s explosive new creation, Sergeant Tom Buckingham, as he unleashes a whirlwind of intrigue and retribution in his attempt to stop the terrorists and save everyone on board – including Delphine, the beautiful woman he loves. 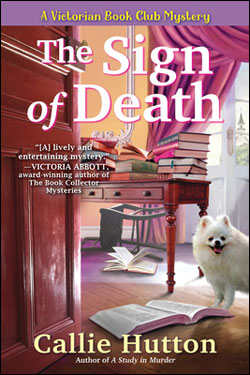 The Sign of Death (A Victorian Book Club Mystery #2), by Callie Hutton
Bath, England, 1891. Mr. James Harding was a lot of things–businessman, well-to-do, probable scoundrel–but a drinker he most assuredly was not. So when Harding is believed to have drunkenly fallen to his death into the icy River Avon, Lord William Wethington is immediately suspicious. Finding Lord William’s name on a letter in the victim’s pocket, the local constabulary summons William to identify the victim. Police detectives learn that William had been one of Harding’s business clients–and undoubtedly not the only client the dead man had cheated.

William entreats Lady Amy Lovell, a fellow member of the Mystery Book Club of Bath, to help him deduce what really happened to the late Mr. Harding. Lady Amy, a celebrated mystery author herself, once called on William to help her solve a real-life mystery, and now she fully intends to return the favor. But it won’t be easy.