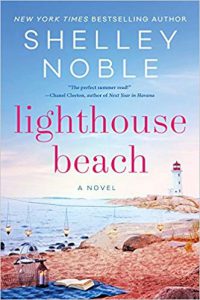 Newly discovered authors are always an exciting notion. The following have been recently added to the CCLD catalog:

When Lillo pulls up to the hotel wearing a borrowed dress, she’s not sure why Jessica invited her to her posh wedding. Jess isn’t sure she wants to go through with the wedding, so when she and Lillo and two of her closest friends catch her fiance with another woman, she feels some relief. Nursing broken hearts and broken dreams, four lost women embark on a journey to find their way back into happiness with new love, friendship, and the healing power of Lighthouse Beach.

Costanza Ansaldo, a half-Italian and half-American translator, is convinced that she has made peace with her childlessness. A year after the death of her husband, an eminent writer, she returns to the pensione in Florence where she spent many happy times in her youth, and there she meets, first, Andrew Weissman, an acutely sensitive seventeen-year-old, and, soon afterward, his father, Henry Weissman, a charismatic New York physician who specializes in―as it happens―reproductive medicine.

With three lives each marked by heartbreak and absence―of a child, a parent, a partner, or a clear sense of identity―What is Missing offers Costanza, Andrew, and Henry the opportunity to make themselves whole when the triangle resumes three months later in New York, where the relationships among them turn and tighten with combustive effects that cut to the core of what it means to be a father, a son, and―for Costanza―a potential mother. 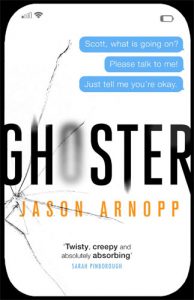 Kate Collins has been ghosted. She was supposed to be moving in with her new boyfriend Scott, but all she finds after relocating to Brighton is an empty apartment. Scott has vanished. His possessions have all disappeared. Except for his mobile phone. Kate knows she shouldn’t hack into Scott’s phone. She shouldn’t look at his Tinder, his calls, his social media. But she can’t quite help herself. That’s when the trouble starts. Strange, whispering phone calls from numbers she doesn’t recognize. Scratch marks on the walls that she can’t explain. And the growing feeling that she’s being watched. Kate refuses to leave the apartment – she’s not going anywhere until she’s discovered what happened to Scott. But the deeper she dives into Scott’s digital history the more Kate realizes just how little she really knows about the man she loves.

When the family of Micky Proietti, a top television executive, goes missing, Leone Scamarcio is called to investigate. Everyone, it seems –from Premier League footballers to jilted starlets and cabinet ministers — has an axe to grind with Proietti. What starts out as an investigation into his countless affairs soon becomes an inquiry into how Proietti does business and the people he has discarded along the way. Finally, Proietti’s finances attract Scamarcio’s attention, and he discovers that the drama commissioner has been granting favours to some very shadowy sponsors.  Like a swimmer trying to escape a riptide, Scamarcio comes to realise that this new inquiry threatens to bring him head to head with his father’s old lieutenant, Piero Piocosta. If he’s to survive in the police force, Scamarcio knows that he must find a way to get Piocosta off his back, once and for all. And find it quickly.  Reluctantly, he travels home to Calabria in an attempt to understand how powerful Piocosta has really become and whether he might ever be silenced. It’s a perilous journey, but one Scamarcio has to make if he’s to finally banish the ghosts of his past.