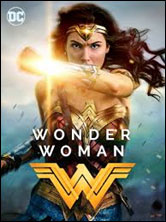 March is Women’s History Month and to celebrate we are highlighting films in our A/V collection that feature strong, female characters. These films include powerful female characters like in “Wonder Woman” and “Hunger Games”, gripping true documentaries like “RBG” and “Malala: Activist for Girls’ Education”, feature films based on female roles in history like “Hidden Figures” and “Battle of the Sexes” and award winning films like “The Color Purple” and “Erin Brockovich”. We also have a nice selection of popular TV shows featuring strong women such as “The Crown” and “Victoria” and for juvenile selections: “Mulan”, “Sacagawea” and “Moana” plus so many more. We pride ourselves on offering a diverse video collection, so whether you like educational documentaries, action/adventure films, dramas or comedies, come check out these inspirational films about women today!