It was the spring of 1944. The world was at war. Freedom hung in the balance. The newly formed Horseheads Women’s Club busied themselves knitting and sewing items for the British war effort above Brown’s Pharmacy in Hanover Square in Horseheads, NY. The first president of the Horseheads Women’s Club Ruth B. Leet dreamed of creating a public library for the citizens of Horseheads. While contributing to the war effort the women’s club endeavored to make Ms. Leet’s dream a reality. 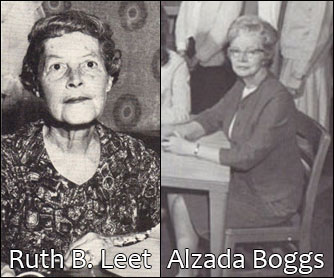 Alma Brown offered space above the pharmacy to start the first public library in Horseheads. The Women’s Club members and their spouses cleaned, painted and installed shelving. The first public library opened in November 1944. The original collection consisted of 33 donated books plus 500 books on a long-term loan from Steele Memorial Library in Elmira. The library was open 16 hours per week including evenings on Mondays, Wednesdays, and Fridays. The staff consisted of several volunteers from the Women’s Club including 2 professional librarians Alzada Boggs (Horseheads High School) and Roxana Lynch (Elmira College).