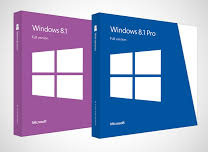 Many end users find Windows 8 a terrible experience. The main reason for this is because Windows 8 itself has a high learning Curve. Most end users are only comfortable with what they know. The inherent danger with this is that technology is always changing. The main evidence to support this is the transition away from the traditional mouse and keyboard to touchscreen interface. Fifty years from now technology will most definitely evolve to a different interface from touchscreen.Devices like the iPad, iPhone, and Android tablets and phones support operating systems that are primarily geared toward the touch interface. With the iOS and Android, end users can have a simple and easy to understand experience. But Microsoft takes it one step further. With Windows 8, you essentially get 2 operating systems in one. The Metro UI interface that is completely touch friendly and supports an ever growing library of apps, and the traditional Windows desktop experience with a few minor changes. As computer technology advances, the only reason one needs a keyboard, in the future, would be to type documents such as letters, emails, spreadsheets, and the like. Everything else with be interfaced with touch. The presence of full desktop computers will diminish and end home users will be migrating to mobile technology. Although this right now includes laptops, their presence will diminish as well, as tablet pcs will become more accessible and more predominant.

I personally have just purchased a Windows tablet PC. My experience so far has been quite streamlined. Not only can I get work related things done, but I can also play casual games on my downtime at home. I recently upgraded to Windows 8.1, which is free if you’ve purchased Windows 8. Now many IT technicians are geared toward the traditional desktop experience and find Windows 8 and 8.1 daunting and useless. Their biggest gripe being the change of the start button interface. For most people who are familiar with Windows, Microsoft has incorporated the start button since its earliest incarnation, streamlining its use by the most popular incarnation of Windows, Windows XP. I don’t consider myself a typical IT technician. I’m always interested in new technology and new ways of computing. I always found the start menu interface dogmatic and clunky. And although Windows XP may have been the most popular version of Windows, I found the default theme such an eyesore. Many improvements were made by Windows 7, and many more by Windows 8.1. One of the neat features they’ve added in desktop mode to copying files is showing the frequency and rate at which the file is copying or deleting. Another thing I enjoy is the color scheme. It is very easy on the eyes and has one of the sleekest looking interfaces out of any operating system I’ve seen so far. If one can get past the task of learning the interface, one would realize that it isn’t that arduous at all. Microsoft even gives you a brief tutorial when you first install it. Thinking of the future without forgetting the past, I believe that Microsoft has assembled their best operating system to date.

One Reply to “Windows 8.1: It is a Good Operating System!”