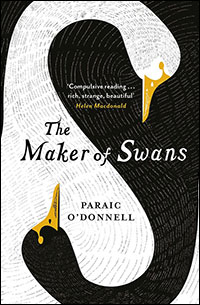 The Maker of Swans by Paraic O’Donnell

In the dead of night, shots ring out over the grounds of a sprawling English estate. The world-weary butler Eustace recognizes the gunman―his employer, Mr. Crowe―and knows he must think and act quickly. Who is the man lying dead? Who is the woman in his company? Can he clean up his master’s mess as he always has before? Or will this bring a new kind of reckoning?

Mr. Crowe, once famed for his gifts is now known only to the members of a secretive order. Once courted by countesses and great men of letters, he has long since retreated from that world, living alone but for Eustace and Clara, his mysterious young ward. Until now – because there are rules, even for Mr. Crowe and his kind, that cannot be broken. This single night of passion and violence will have consequences, stirring shadows from the past and threatening those he now cares for. He and the faithful Eustace will be tested as never before. So too will Clara, whose own extraordinary gifts remain hidden, even from herself. If she is to save them all, she must learn to use them quickly and unlock the secret of who she is. 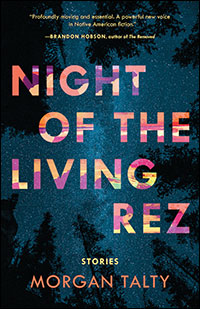 Night of the Living Rez by Morgan Talty

Set in a Native community in Maine, Night of the Living Rez is a riveting debut collection about what it means to be Penobscot in the twenty-first century and what it means to live, to survive, and to persevere after tragedy.

In twelve striking, luminescent stories, author Morgan Talty―with searing humor, abiding compassion, and deep insight―breathes life into tales of family and a community as they struggle with a painful past and an uncertain future.

Night of the Living Rez is an unforgettable portrayal of an Indigenous community and marks the arrival of a standout talent in contemporary fiction. 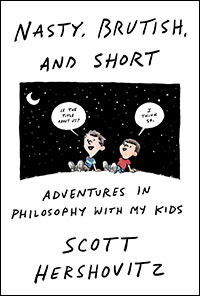 Nasty, Brutish, and Short: Adventures in Philosophy with My Kids by Scott Hershovitz

Scott Hershovitz shows in this delightful debut that kids are astoundingly good philosophers.

Following an agenda set by his sons Rex and Hank, Hershovitz takes us on a fun romp through classic and contemporary philosophy, powered by questions like, Does Hank have the right to drink soda? When is it okay to swear? and, Does the number six exist? Hershovitz and his boys take on more weighty issues too. They explore punishment, authority, sex, gender, race, the nature of truth and knowledge, and the existence of God. Along the way, they get help from professional philosophers, famous and obscure. And they show that all of us have a lot to learn from listening to kids—and thinking with them. But more than that, he challenges us to join them so that we can become better, more discerning thinkers and recapture some of the wonder kids have at the world.