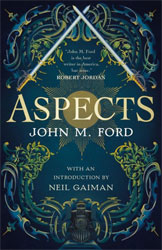 At last, the final work of John M. Ford—one of the greatest SF and fantasy authors of his time.

Enter the halls of Parliament with Varic, Coron of the Corvaric Coast.

In the years before his unexpected death, John M. Ford wrote a novel of fantasy and magic unlike any other. Politics and abdicated kings, swords and sorcerous machine guns, divination and ancient empires—finally, Aspects is here. 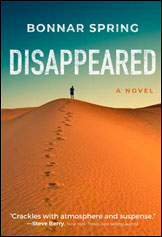 Julie Welch’s sister, Fay Lariviere, disappears from their hotel in Morocco. Although she leaves a note that she’ll be back in two days, Fay doesn’t return.

Julie’s anger shifts to worry—and to fear when she discovers a stalker. Then, an attack meant for Julie kills another woman. Searching Fay’s luggage and quizzing the hotel staff, Julie discovers Fay’s destination—a remote village in the Saharan desert. Convinced her sister is in danger and propelled by her own jeopardy, Julie rushes to warn Fay.

By the time she reaches the village, Julie finds that Fay has traveled deeper into the desert. With a villager as guide, Julie follows—only to be stranded in the Sahara when the guide abandons her. Julie is eventually reunited with Fay—in a prison cell—and learns the reasons for Fay’s secrecy. 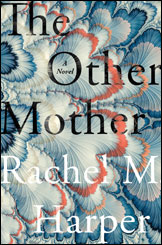 The Other Mother, by Rachel M. Harper

Jenry Castillo is a musical prodigy, raised by a single mother in Miami. He arrives at Brown University on a scholarship—but also to learn more about his late father, Jasper Patterson, a famous ballet dancer who died tragically when Jenry was two. On his search, he meets his estranged grandfather, Winston Patterson, a legendary professor of African American history and a fixture at the Ivy League school, who explodes his world with one question: Why is Jenry so focused on Jasper, when it was Winston’s daughter, Juliet, who was romantically involved with Jenry’s mother? Juliet is the parent he should be looking for—his other mother.

Revelation follows revelation as each member of Jenry’s family steps forward to tell the story of his origin, uncovering a web of secrecy that binds this family together even as it keeps them apart. Moving seamlessly between the past and the present, The Other Mother is a daring, ambitious novel that celebrates the complexities of love and resilience—masterfully exploring the intersections of race, class, and sexuality; the role of biology in defining who belongs to whom; and the complicated truth of what it means to be a family. 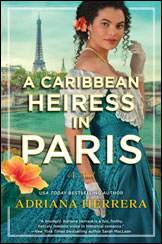 A Caribbean Heiress in Paris (Las Léonas #1), by Adriana Herrera

The City of Light is where Luz Alana will expand Caña Brava, the rum business her family built over three generations. It’s a mission that’s taken on new urgency after her father’s untimely death and the news that her trust fund won’t be released until she marries. But buyers and shippers alike are rude and dismissive; they can’t imagine doing business with a woman…never mind a woman of color.

From her first tempestuous meeting with James Evanston Sinclair, Earl of Darnick, Luz Alana is conflicted. Why is this man—this titled Scottish man—so determined to help her? And why, honestly, is he so infuriatingly charming?

All Evan Sinclair ever wanted was to find a purpose away from his father’s dirty money and dirtier politics. Ignoring his title, he’s built a whiskey brand that’s his biggest—and only—passion. That is, until he’s confronted with a Spanish-speaking force of nature who turns his life upside down. 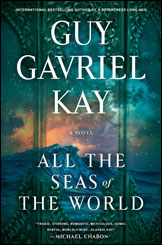 All the Seas of the World, by Guy Gavriel Kay

On a dark night along a lonely stretch of coast a small ship sends two people ashore. Their purpose is assassination. They have been hired by two of the most dangerous men alive to alter the balance of power in the world. If they succeed, the consequences will affect the destinies of empires, and lives both great and small.

One of those arriving at that beach is a woman abducted by corsairs as a child and sold into years of servitude. Having escaped, she is trying to chart her own course — and is bent upon revenge. Another is a seafaring merchant who still remembers being exiled as a child with his family from their home, for their faith, a moment that never leaves him. In what follows, through a story both intimate and epic, unforgettable characters are immersed in the fierce and deadly struggles that define their time. 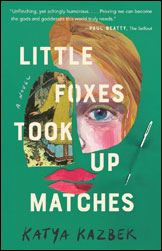 When Mitya was two years old, he swallowed his grandmother’s sewing needle. For his family, it marks the beginning of the end, the promise of certain death. For Mitya, it is a small, metal treasure that guides him from within. As he grows, his life mirrors the uncertain future of his country, which is attempting to rebuild itself after the collapse of the Soviet Union, torn between its past and the promise of modern freedom. Mitya finds himself facing a different sort of ambiguity: is he a boy, as everyone keeps telling him, or is he not quite a boy, as he often feels?

After suffering horrific abuse from his cousin Vovka who has returned broken from war, Mitya embarks on a journey across underground Moscow to find something better, a place to belong. His experiences are interlaced with a retelling of a foundational Russian fairytale, Koschei the Deathless, offering an element of fantasy to the brutal realities of Mitya’s everyday life.

Told with deep empathy, humor, and a bit of surreality, Little Foxes Took Up Matches is a revelation about the life of one community in a country of turmoil and upheaval, glimpsed through the eyes of a precocious and empathetic child, whose heart and mind understand that there are often more than two choices. An arresting coming of age, an exploration of gender, a modern folktale, a comedy about family, Katya Kazbek breaks out as a new voice to watch. 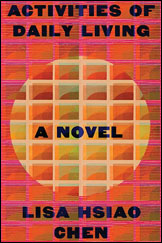 How do we take stock of a life—by what means, and by what measure? This is the question that preoccupies Alice, a Taiwanese immigrant in her late thirties. In the off-hours from her day job, Alice struggles to create a project about the enigmatic downtown performance artist Tehching Hsieh and his monumental, yearlong 1980s performance pieces. Meanwhile, she becomes the caretaker for her aging stepfather, a Vietnam vet whose dream of making traditional Chinese furniture dissolved in alcoholism and dementia.

As Alice roots deeper into Hsieh’s radical use of time—in one piece, the artist confined himself to a cell for a year; in the next, he punched a time clock every hour, on the hour, for a year—and his mysterious disappearance from the art world, her project starts metabolizing events from her own life. She wanders from subway rides to street protests, loses touch with a friend, and tenderly observes her father’s slow decline.

Moving between present-day and 1980s New York City, with detours to Silicon Valley and the Venice Biennale, this vivid debut announces Lisa Hsiao Chen as an audacious new talent. Activities of Daily Living is a lucid, intimate examination of the creative life and the passage of time.