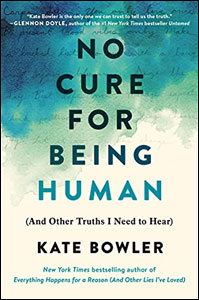 No Cure for Being Human: (And Other Truths I Need to Hear) by Kate Bowler

New York Times Bestseller • The bestselling author of Everything Happens for a Reason (And Other Lies I’ve Loved) asks, how do you move forward with a life you didn’t choose?

It’s hard to give up on the feeling that the life you really want is just out of reach. A beach body by summer. A trip to Disneyland around the corner. A promotion on the horizon. Everyone wants to believe that they are headed toward good, better, best. But what happens when the life you hoped for is put on hold indefinitely?

With dry wit and unflinching honesty, Kate Bowler grapples with her cancer diagnosis, her ambition, and her faith as she tries to come to terms with her limitations in a culture that says anything is possible. She finds that we need one another if we’re going to tell the truth: Life is beautiful and terrible, full of hope, despair, and everything in between—and there’s no cure for being human. 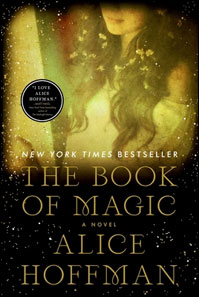 The Book of Magic: A Novel (The Practical Magic Series 4) by Alice Hoffman

Master storyteller Alice Hoffman brings us the conclusion of the Practical Magic series in a spellbinding and enchanting final Owens novel brimming with lyric beauty and vivid characters.

The Owens family has been cursed in matters of love for over three-hundred years but all of that is about to change. The novel begins in a library, when beloved aunt Jet Owens hears the deathwatch beetle and knows she has only seven days to live. Jet is not the only one in danger—the curse is already at work.

A frantic attempt to save a young man’s life spurs three generations of the Owens women, and one long-lost brother, to use their unusual gifts to break the curse as they travel from Paris to London to the English countryside where their ancestor Maria Owens first practiced the Unnamed Art. The younger generation discovers secrets that have been hidden from them in matters of both magic and love by Sally, their fiercely protective mother. 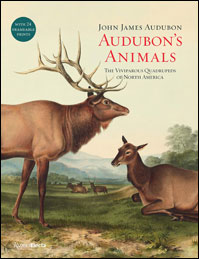 Following the success of his Birds of America, John James Audubon set out to document North America’s mammals–many never before depicted or seen outside of their native habitat–in the breathtaking color and detail that was his trademark. First published in 1854, Audubon’s portraits of the nation’s native mammals are still considered by many to include the finest animal prints ever published.

To create this edition of Audubon’s classic work, the original archive edition housed at London’s Natural History Museum has been specially photographed and each of the 150 hand-colored prints painstakingly reproduced. The book also includes information on the current biological names and conservation status for each species.