An Ugly Truth: Inside Facebook’s Battle for Domination by Sheera Frenkel and Cecilia Kang 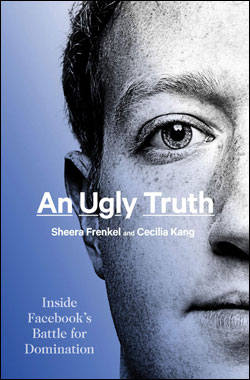 Award-winning New York Times reporters Sheera Frenkel and Cecilia Kang unveil the tech story of our times in a riveting, behind-the-scenes exposé that offers the definitive account of Facebook’s fall from grace.

Once one of Silicon Valley’s greatest success stories, Facebook has been under constant fire for the past five years, roiled by controversies and crises. It turns out that while the tech giant was connecting the world, they were also mishandling users’ data, spreading fake news, and amplifying dangerous, polarizing hate speech.

In a period of great upheaval, growth has remained the one constant under the leadership of Mark Zuckerberg and Sheryl Sandberg. Both have been held up as archetypes of uniquely 21st century executives—he the tech “boy genius” turned billionaire, she the ultimate woman in business. But sealed off in tight circles of advisers and hobbled by their own ambition and hubris, each has stood by as their technology is coopted by hate-mongers, criminals and corrupt political regimes across the globe, with devastating consequences. In An Ugly Truth, they are at last held accountable.

The Appalachian Trail: A Biography by Philip D’Anieri 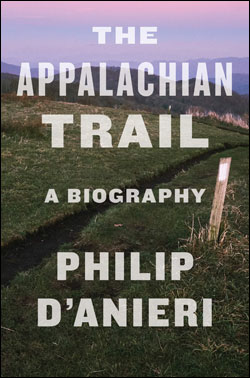 The Appalachian Trail is America’s most beloved trek. Yet few are aware of the fascinating backstory of the dreamers and builders who helped bring it to life over the past century.

The conception and building of the Appalachian Trail is a story of unforgettable characters who explored it, defined it, and captured national attention by hiking it. From Grandma Gatewood—a mother of eleven who thru-hiked in canvas sneakers and a drawstring duffle—to Bill Bryson, author of the best-selling A Walk in the Woods, the AT has seized the American imagination like no other hiking path. The 2,000-mile-long hike from Georgia to Maine is not just a trail through the woods, but a set of ideas about nature etched in the forest floor.

From the Pulitzer Prize–winning author of All the Light We Cannot See, perhaps the most bestselling and beloved literary fiction of our time, comes the highly anticipated Cloud Cuckoo Land.

Set in Constantinople in the fifteenth century, in a small town in present-day Idaho, and on an interstellar ship decades from now, Anthony Doerr’s gorgeous third novel is a triumph of imagination and compassion, a soaring story about children on the cusp of adulthood in worlds in peril, who find resilience, hope—and a book. In Cloud Cuckoo Land, Doerr has created a magnificent tapestry of times and places that reflects our vast interconnectedness—with other species, with each other, with those who lived before us, and with those who will be here after we’re gone. Doerr’s dazzling imagination transports us to worlds so dramatic and immersive that we forget, for a time, our own.