During the month of June, the staff of the Chemung County Library District will be introducing us to some of their loveable pets.

This is the story of some of the special dogs who’ve come to make up one family. 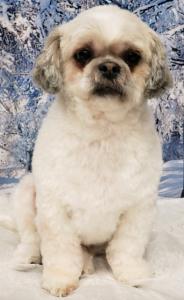 First came Luigi. My friends wanted a dog, but after they adopted Luigi their daughter began to have problems with asthma and allergies. At first, I tried to find a new home for him, but he had already become a part of our family and we couldn’t let him go. He has truly become my best friend. 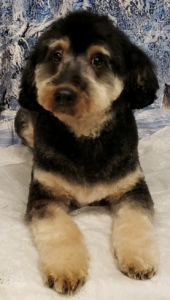 At the time that we got Luigi, he was the only little guy in a family of large brothers and sisters. We wanted him to have a friend about his size as a playmate, so we got Sparky from the shelter. He was the cutest dog there and was so excited to see us that we had to bring him home. He and Luigi became best buddies immediately. In the nine years that have passed since then, they’re still the closest of friends.

When we arrived at six dogs, we decided to start fostering dogs. We took two puppies, but they only stayed overnight, so we were very successful. The next foster was a little Yorkie mix named Benny. We 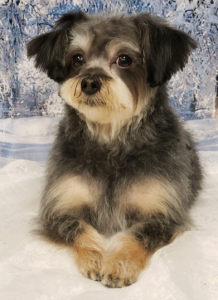 were only going to babysit him for a friend and went to a meet & greet to see him. The minute he saw me, he put his front paws up for me to take him. I held him in my arms and he snuggled right in. The woman who was fostering him gave the Rescue owner a strange look. Little did I know that he usually growled and snapped at everyone who came near him. Benny came just for an overnight to see how he would do with our kids. He immediately fit right in. I gave him back to his foster the next morning and she sent me a photo of him standing sadly at the door after I left as though he wondered why I wasn’t keeping him. I picked him back up that day after school and he has been here ever since. We fell madly in love with this little man and even though he can still be cranky with other people, he trusts and loves us. 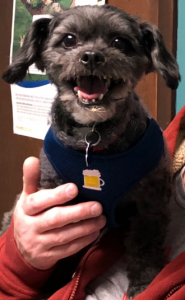 We successfully fostered a few more pups after that.  Then, the rescue asked if someone could take a dog named Max from a recently divorced man on Christmas Day. We definitely didn’t plan to keep him and since we didn’t have plans for Christmas, we took him. He lived with us for a few weeks and we took him to meet his potential adopters. They decided that Max wasn’t the dog for them. The night that we took him for his first checkup and he got a clean bill of health, we told him that he was going to become part of our family too. It was amazing how quickly he fit in with the other 7, so we figured it was meant to be.

We no longer foster dogs, but help out when we can in other ways with the rescue we belong to. We love all of our dogs so much and can’t imagine life without them. 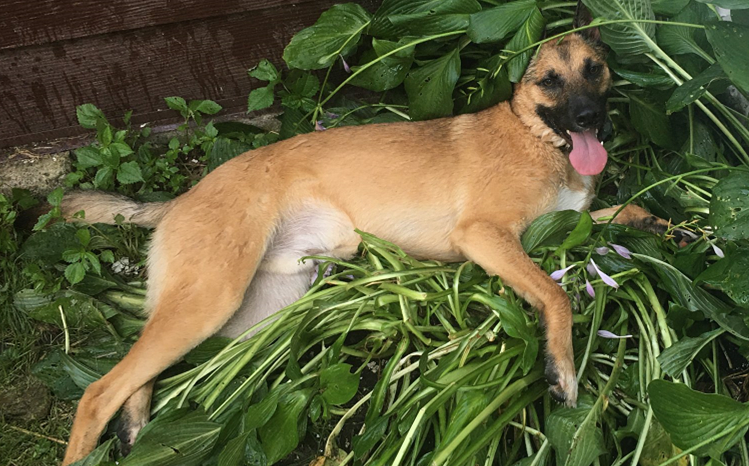 Hi! My name is Rocco and I’m a Belgian Malinois mix. I was a rescue from the Animal Care Sanctuary in East Smithfield, PA. My mommy is Becky from the Horseheads library and she and the kids rescued me when I was 2 months old, two years ago.

I love walks in the park-or anywhere for that matter, rides in the car and my other favorite past time is fetch. (Mommy says I’m a hot shot when I jump for the ball). 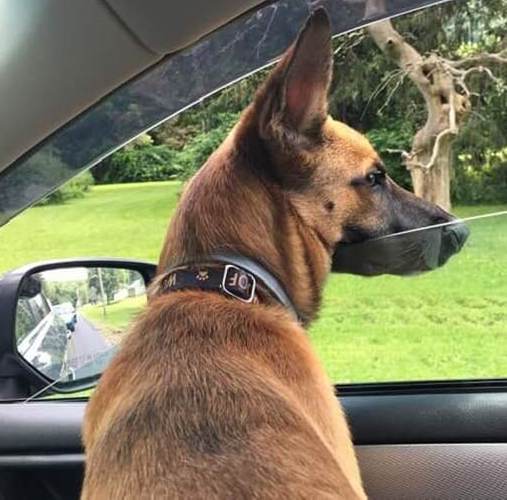 I love kids and people in general and a lot of people know me when we go places and it helps when the people at Sam’s Club remind mommy to get my chicken before we go! I love chicken! (but I don’t like egg whites or ranch on my pizza). 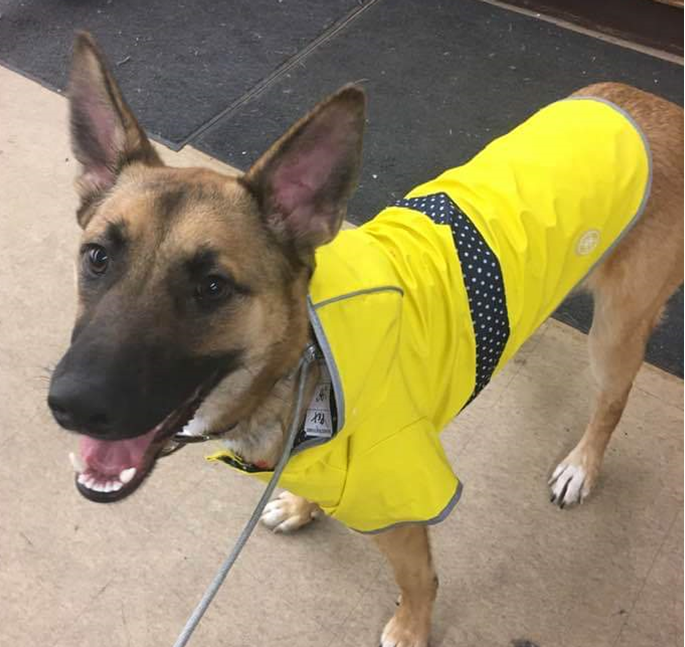 I have a kitty at home and she was also a rescue. I don’t think she likes me too much and I’m not sure why because I always make sure I give her attention and chase her around the house. It must be a cat thing.