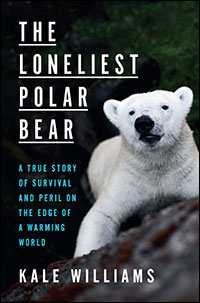 The Loneliest Polar Bear: A True Story of Survival and Peril on the Edge of a Warming World by Kale Williams

The heartbreaking and ultimately hopeful story of an abandoned polar bear cub named Nora and the humans working tirelessly to save her and her species, whose uncertain future in the accelerating climate crisis is closely tied to our own.

Six days after giving birth, a polar bear named Aurora got up and walked away from her den at the Columbus Zoo, leaving her tiny squealing cub to fend for herself. The zookeepers entrusted with the cub’s care felt they had no choice: They would have to raise one of the most dangerous predators in the world by hand. Over the next few weeks, a group of veterinarians and zookeepers worked around the clock to save the cub, whom they called Nora.

Sweeping and tender, The Loneliest Polar Bear explores the fraught relationship humans have with the natural world, the exploitative and sinister causes of the environmental mess we find ourselves in, and how the fate of polar bears is not theirs alone. 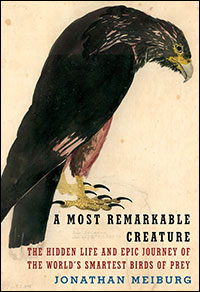 A Most Remarkable Creature: The Hidden Life and Epic Journey of the World’s Smartest Birds of Prey by Jonathan Meiburg

An enthralling account of a modern voyage of discovery as we meet the clever, social birds of prey called caracaras, which puzzled Darwin, fascinate modern-day falconers, and carry secrets of our planet’s deep past in their family history.

In 1833, Charles Darwin was astonished by an animal he met in the Falkland Islands: handsome, social, and oddly crow-like falcons that were “tame and inquisitive . . . quarrelsome and passionate,” and so insatiably curious. Darwin wondered why these birds were confined to remote islands at the tip of South America, but he set this mystery aside and never returned to it.

Jonathan Meiburg takes up this chase. He takes us through South America, from the fog-bound coasts of Tierra del Fuego to the tropical forests of Guyana, in search of these birds: striated caracaras, which still exist, though they’re very rare. He reveals the wild, fascinating story of their history, origins, and possible futures. 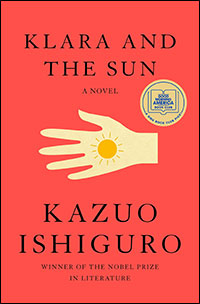 Klara and the Sun: A novel by Nobel laureate and Booker Prize-winner Kazuo Ishiguro

Klara and the Sun tells the story of Klara, an “Artificial Friend,” (a robot girl with artificial intelligence designed as a playmate for real children), with outstanding observational qualities, who, from her place in the store, watches carefully the behavior of those who come in to browse, and of those who pass on the street outside. She remains hopeful that a customer will soon choose her.

Klara and the Sun is a thrilling book that offers a look at our changing world through the eyes of an unforgettable narrator, and one that explores the fundamental question: what does it mean to love?