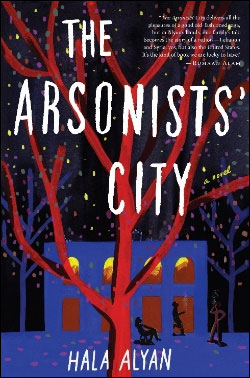 The Arsonists’ City, by Hala Alyan

The Nasr family is spread across the globe—Beirut, Brooklyn, Austin, the California desert. A Syrian mother, a Lebanese father, and three American children: all have lived a life of migration. Still, they’ve always had their ancestral home in Beirut—a constant touchstone—and the complicated, messy family love that binds them. But following his father’s recent death, Idris, the family’s new patriarch, has decided to sell.

The decision brings the family to Beirut, where everyone unites against Idris in a fight to save the house. They all have secrets—lost loves, bitter jealousies, abandoned passions, deep-set shame—that distance has helped smother. But in a city smoldering with the legacy of war, an ongoing flow of refugees, religious tension, and political protest, those secrets ignite, imperiling the fragile ties that hold this family together.

The Ghost Moths, by Harry Farthing

Whilst searching a windswept mountainside for the fabled ghost moth fungus, a young Tibetan boy unearths a mysterious relic. Moments later the People’s Liberation Army of China marches into his isolated village in the valley below and begins to dismantle an ancient way of life. As the brutal oppression grows, the boy’s precious find becomes first a symbol of hope for the villagers then a tool of survival for a people and a religion. It must be preserved at all costs.

Sixty years later, mountain guide Neil Quinn is wrapping up his last climb of the season on the highest mountain in Tibet when a transport shortage leaves him stuck in an empty base camp. An earthquake sets off a chain of mysterious events that directly connect the English climber to the ongoing tragedies of a troubled land where the Chinese authorities strive still for complete control.

Unsure of precisely what he witnessed yet determined to protect its truth, Quinn returns to Kathmandu and enlists the help of a famous historian of the Himalayas, an erstwhile American journalist, and a cast of locals as enigmatic as that ancient city — each with their own reasons for joining his quest. Manipulation and murder dog their every step as they strive to piece together a complex puzzle from Tibet’s tortured past while navigating the treacherous present. 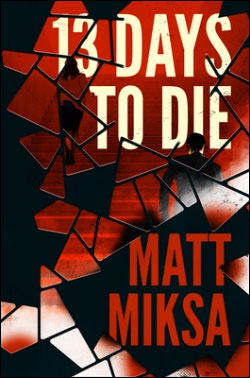 In a far-flung Tibetan village, prayer flags flap against whitewashed houses and a majestic monastery stretches to heaven. It’s Shangri-La–the earthly paradise–until a stranger staggers out of the rainforest and collapses into a bloody, lifeless mass. He’s the first victim of a crippling epidemic, but he’s no ordinary man.

Olen Grave, an American intelligence officer, heads directly into the hot zone to investigate. Posing as a journalist, he joins the Chinese research team, led by a headstrong female virus hunter, Dr. Zhou Weilin. Together, the unlikely allies discover that Patient Zero was a spy who may have intentionally started the outbreak. But why? Who did he work for?
As Olen and Jo rush to uncover the shocking truth behind the epidemic, they unravel a twisted conspiracy that reaches from Beijing’s great halls to Washington’s corridors of power. With the superpowers now at the brink of war, the fate of the world will rest on the duo’s shoulders.

Harper Albright has pinned all her hopes on a future in fashion design. But when it comes crashing down around her, she returns home to Fairhope, Alabama, and to Millie, the woman who first taught her to sew. As she rethinks her own future, secrets long hidden about Millie’s past are brought to light.

In 1946, Millie Middleton boarded a train and left Charleston to keep half of her heritage hidden. She carried with her two heirloom buttons and the dream of owning a dress store. She never expected to meet a charming train jumper who changed her life forever . . . and led her yet again to a heartbreaking choice about which heritage would define her future.

Now, together, Harper and Millie return to Charleston and the man who may hold the answers they seek . . . and a chance at the dress shop they’ve both dreamed of. But it’s not until all appears lost that they see the unexpected ways to mend what frayed between the seams. 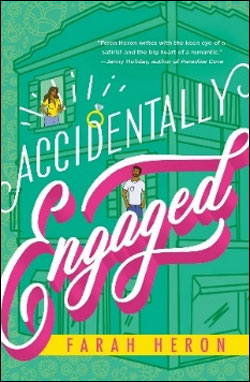 Reena Manji doesn’t love her career, her single status, and most of all, her family inserting themselves into every detail of her life. But when caring for her precious sourdough starters, Reena can drown it all out. At least until her father moves his newest employee across the hall–with hopes that Reena will marry him.

But Nadim’s not like the other Muslim bachelors-du-jour that her parents have dug up. If the Captain America body and the British accent weren’t enough, the man appears to love eating her bread creations as much as she loves making them. She sure as hell would never marry a man who works for her father, but friendship with a neighbor is okay, right? And when Reena’s career takes a nosedive, Nadim happily agrees to fake an engagement so they can enter a couples video cooking contest to win the artisan bread course of her dreams.

As cooking at home together brings them closer, things turn physical, but Reena isn’t worried. She knows Nadim is keeping secrets, but it’s fine— secrets are always on the menu where her family is concerned. And her heart is protected… she’s not marrying the man. But even secrets kept for self preservation have a way of getting out, especially when meddling parents and gossiping families are involved.

A Captain for Caroline Gray, by Julie Wright

Caroline Gray would rather be daring and intelligent than demure and insipid, which is why she is still unmatched after her third season in London. Her family’s threadbare finances leave Caroline with only one choice to secure her future: sail with the Fishing Fleet to India, where the son of a family friend is willing to consider an engagement to her.

Captain Thomas Scott loves the open sea as much as he despises the three-month, twice-yearly trip his ship makes as he ferries young English girls across the ocean. He can’t imagine what family would allow an innocent young woman to be matched up with the Englishmen of questionable reputation who work and live in India.

But when Miss Gray boards the HMS Persistence, all of Captain Scott’s plans are upended. Miss Gray’s fiery spirit can’t be contained, and he is shocked and secretly delighted at her boldness—and her beauty. But the rest of his passengers aren’t so kind.

Caroline finds herself an outcast among her peers, but Captain Scott becomes an unlikely ally. They share the same passions and interests, creating an undeniable attraction. But they both know any relationship between them is impossible. After all, Caroline has obligations to fulfill in India.

Caroline has until the end of the voyage to decide if she is going to marry a man she has never met or be brave enough to love a sea captain who just might break her heart. 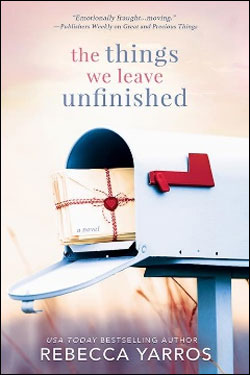 The Things We Leave Unfinished, by Rebecca Yarros

Twenty-eight-year-old Georgia Stanton has to start over after she gave up almost everything in a brutal divorce—the New York house, the friends, and her pride. Now back home at her late great-grandmother’s estate in Colorado, she finds herself face-to-face with Noah Harrison, the bestselling author of a million books where the cover is always people nearly kissing. He’s just as arrogant in person as in interviews, and she’ll be damned if the good-looking writer of love stories thinks he’s the one to finish her grandmother’s final novel…even if the publisher swears he’s the perfect fit.

Noah is at the pinnacle of his career. With book and movie deals galore, there isn’t much the “golden boy” of modern fiction hasn’t accomplished. But he can’t walk away from what might be the best book of the century—the one his idol, Scarlett Stanton, left unfinished. Coming up with a fitting ending for the legendary author is one thing, but dealing with her beautiful, stubborn, cynical great-granddaughter, Georgia, is quite another.

But as they read Scarlett’s words in both the manuscript and her box of letters, they start to realize why Scarlett never finished the book—it’s based on her real-life romance with a World War II pilot, and the ending isn’t a happy one. Georgia knows all too well that love never works out, and while the chemistry and connection between her and Noah is undeniable, she’s as determined as ever to learn from her great-grandmother’s mistakes—even if it means destroying Noah’s career.

What Waits for You (LAPD Detective Tully Jarsdel #2), by Joseph Schneider

The nightmare descends on a Tuesday. An elderly couple’s home is transformed into a scene straight out of a horror film, their mutilated bodies the only clue left behind by the killer–and they are only the unlucky first in a series of impossible murders. Soon dubbed the Eastside Creeper, the murderer stalks Hollywood, camping out undetected in his victims’ homes until he’s ready to strike. After killing, he vanishes like smoke.

Considered an expert in the grotesque, Detective Tully Jarsdel lands this seemingly unsolvable case. Jarsdel, an academic-turned-cop, is intrigued by the Eastside Creeper. His methods are vicious, his path untraceable–nothing about this killer makes sense. But as the murders become more gruesome and the clues more inscrutable, widespread panic sets in. And amid the terror-induced chaos, Jarsdel’s unconventional methods may be the only thing left between a killer and a city about to descend into chaos.

When body parts are found on the banks of the River Thames in Deptford, DI Angelica Henley is tasked with finding the killer. Eerie echoes of previous crimes lead Henley to question Peter Olivier, aka The Jigsaw Killer, who is currently serving a life sentence for a series of horrific murders.

When a severed head is delivered to Henley’s home, she realizes that the copycat is taking a personal interest in her and that the victims have not been chosen at random.

To catch the killer, Henley must confront her own demons – – and when Olivier escapes from prison, she finds herself up against not one serial killer, but two.