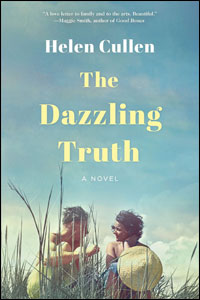 The Dazzling Truth: A Novel by Helen Cullen

In the courtyards of Trinity College, Dublin, in 1978, aspiring actress Maeve meets pottery student Murtagh Moone. As their relationship progresses, marriage and motherhood come in quick succession, but for Maeve, with the joy of children also comes the struggle to hold on to the truest parts of herself.

Decades later, on a small Irish island, the Moone family are poised for celebration but instead are struck by tragedy. Each family member must find solace in their own separate way, until one dazzling truth brings them back together. But as the Moone family confront the past, they also journey toward a future that none of them could have predicted. Except perhaps Maeve herself.

Fifty Words for Rain: A Novel by Asha Lemmie

The child of a married Japanese aristocrat and her African American GI lover, Nori is an outsider from birth. Her grandparents take her in, only to conceal her, fearful of a stain on the royal pedigree that they are desperate to uphold in a changing Japan. Obedient to a fault, Nori accepts her solitary life, despite her natural intellect and curiosity. But when chance brings her older half-brother, Akira, to the estate that is his inheritance and destiny, Nori finds in him an unlikely ally with whom she forms a powerful bond—a bond their formidable grandparents cannot allow and that will irrevocably change the lives they were always meant to lead. Because now that Nori has glimpsed a world in which perhaps there is a place for her after all, she is ready to fight to be a part of it—a battle that just might cost her everything.

Spanning decades and continents, Fifty Words for Rain is a dazzling epic about the ties that bind, the ties that give you strength, and what it means to be free. 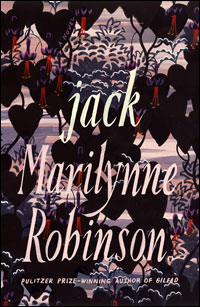 Jack: A Novel by Marilynne Robinson

Marilynne Robinson’s mythical world of Gilead, Iowa―the setting of her novels Gilead, Home, and Lila, and now Jack―and its beloved characters have illuminated and interrogated the complexities of American history, the power of our emotions, and the wonders of a sacred world. Jack is Robinson’s fourth novel in this now-classic series. In it, Robinson tells the story of John Ames Boughton, the prodigal son of Gilead’s Presbyterian minister, and his romance with Della Miles, a high school teacher who is also the child of a preacher. Their deeply felt, tormented, star-crossed interracial romance resonates with all the paradoxes of American life, then and now.

The Woman Who Stole Vermeer: The True Story of Rose Dugdale and the Russborough House Art Heist by Anthony M. Amore

The extraordinary life and crimes of heiress-turned-revolutionary Rose Dugdale, who in 1974 became the only woman to pull off a major art heist.

In the world of crime, there exists an unusual commonality between those who steal art and those who repeatedly kill: they are almost exclusively male. But, as with all things, there is always an outlier—someone who bucks the trend, defying the reliable profiles and leaving investigators and researchers scratching their heads. In the history of major art heists, that outlier is Rose Dugdale.

The Woman Who Stole Vermeer is Rose Dugdale’s story, from her idyllic upbringing in Devonshire and her presentation to Elizabeth II as a debutante to her university years and her eventual radical lifestyle. Her life of crime and activism is at turns unbelievable and awe-inspiring, and sure to engross readers. 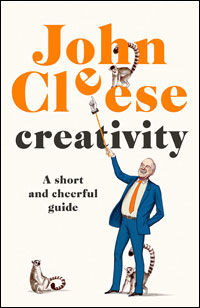 Creativity: A Short and Cheerful Guide by John Cleese

The legendary comedian, actor, and writer of Monty Python, Fawlty Towers, and A Fish Called Wanda fame shares his key ideas about creativity: that it’s a learnable, improvable skill.

“Many people have written about creativity, but although they were very, very clever, they weren’t actually creative. I like to think I’m writing about it from the inside.”—John Cleese

You might think that creativity is some mysterious, rare gift—one that only a few possess. But you’d be wrong. As John Cleese shows in this short, practical, and often amusing guide, creativity is a skill that anyone can acquire.

Drawing on his lifelong experience as a writer, Cleese shares his insights into the nature of creativity and offers advice on how to get your own inventive juices flowing. What do you need to do to get yourself in the right frame of mind? When do you know that you’ve come up with an idea that might be worth pursuing? What should you do if you think you’ve hit a brick wall?

We can all be more creative.

John Cleese shows us how.

Tecumseh and the Prophet: The Shawnee Brothers Who Defied a Nation by Peter Cozzens

The first biography of the great Shawnee leader in more than twenty years, and the first to make clear that his misunderstood younger brother, Tenskwatawa, was an equal partner in the last great pan-Indian alliance against the United States.

Until the Americans killed Tecumseh in 1813, he and his brother Tenskwatawa were the co-architects of the broadest Pan-Indian confederation in United States history. In previous accounts of Tecumseh’s life, Tenskwatawa has been dismissed as a talentless charlatan and a drunk. But award-winning historian Peter Cozzens now shows us that while Tecumseh was a brilliant diplomat and war leader–admired by the same white Americans he opposed–it was Tenskwatawa, called the “Shawnee Prophet,” who created a vital doctrine of religious and cultural revitalization that unified the disparate tribes of the Old Northwest. Detailed research of Native American society and customs provides a window into a world often erased from history books and reveals how both men came to power in different but no less important ways. 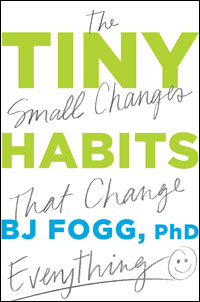 Tiny Habits: The Small Changes That Change Everything by PhD BJ Fogg

BJ FOGG is here to change your life—and revolutionize how we think about human behavior. Based on twenty years of research and Fogg’s experience coaching more than 40,000 people, Tiny Habits cracks the code of habit formation. With breakthrough discoveries in every chapter, you’ll learn the simplest proven ways to transform your life. Fogg shows you how to feel good about your successes instead of bad about your failures.

This proven, step-by-step guide you will help you design habits and make them stick through positive emotion and celebrating small successes. Whether you want to lose weight, de-stress, sleep better, or be more productive each day, Tiny Habits makes it easy to achieve—by starting small.

The I Love Lucy Cookbook: Classic Recipes Inspired by the Iconic TV Show by Jenn Fujikawa

Learn to feast like Lucy, Ricky, Fred, and Ethel and entertain in retro style with this collection of craveable classic recipes inspired by one of the greatest TV shows of all time. Recipes include:

The I Love Lucy Cookbook brings to scrumptious life food featured on the show, as well as tantalizing dishes inspired by classic episodes such as “Lucy’s Italian Movie,” “Job Switching,” and “Paris at Last.” Filled with photos and illustrations, the book is also an exuberant celebration of an era and unforgettable television moments.

Think Again: The Power of Knowing What You Don’t Know by Adam Grant

Intelligence is usually seen as the ability to think and learn, but in a rapidly changing world, there’s another set of cognitive skills that might matter more: the ability to rethink and unlearn. In our daily lives, too many of us favor the comfort of conviction over the discomfort of doubt. We listen to opinions that make us feel good, instead of ideas that make us think hard. We see disagreement as a threat to our egos, rather than an opportunity to learn. We surround ourselves with people who agree with our conclusions, when we should be gravitating toward those who challenge our thought process. The result is that our beliefs get brittle long before our bones. We think too much like preachers defending our sacred beliefs, prosecutors proving the other side wrong, and politicians campaigning for approval–and too little like scientists searching for truth. Intelligence is no cure, and it can even be a curse: being good at thinking can make us worse at rethinking. The brighter we are, the blinder to our own limitations we can become.

Thirst: A Story of Redemption, Compassion, and a Mission to Bring Clean Water to the World by Scott Harrison and Lisa Sweetingham

At 28 years old, Scott Harrison had it all. A top nightclub promoter in New York City, his life was an endless cycle of drugs, booze, models—repeat. But 10 years in, desperately unhappy and morally bankrupt, he asked himself, “What would the exact opposite of my life look like?” Walking away from everything, Harrison spent the next 16 months on a hospital ship in West Africa and discovered his true calling. In 2006, with no money and less than no experience, Harrison founded charity: water. Today, his organization has raised over $400 million to bring clean drinking water to more than 10 million people around the globe.

In Thirst, Harrison recounts the twists and turns that built charity: water into one of the most trusted and admired nonprofits in the world. Renowned for its 100% donation model, bold storytelling, imaginative branding, and radical commitment to transparency, charity: water has disrupted how social entrepreneurs work while inspiring millions of people to join its mission of bringing clean water to everyone on the planet within our lifetime. 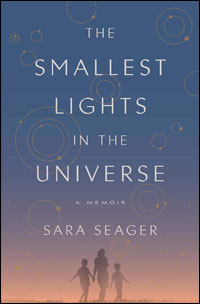 The Smallest Lights in the Universe: A Memoir by Sara Seager

In this luminous memoir, an MIT astrophysicist must reinvent herself in the wake of tragedy and discovers the power of connection on this planet, even as she searches our galaxy for another Earth.

Sara Seager has always been in love with the stars: so many lights in the sky, so much possibility. Now a pioneering planetary scientist, she searches for exoplanets—especially that distant, elusive world that sustains life. But with the unexpected death of Seager’s husband, the purpose of her own life becomes hard for her to see. Suddenly, at forty, she is a widow and the single mother of two young boys. For the first time, she feels alone in the universe.

As she struggles to navigate her life after loss, Seager takes solace in the alien beauty of exoplanets and the technical challenges of exploration. At the same time, she discovers earthbound connections that feel every bit as wondrous, when strangers and loved ones alike reach out to her across the space of her grief.

Beginners: The Joy and Transformative Power of Lifelong Learning by Tom Vanderbilt

Why do so many of us stop learning new skills as adults? Are we afraid to fail? Have we forgotten the sheer pleasure of being a beginner? Or is it simply a fact that you can’t teach an old dog new tricks?

Inspired by his young daughter’s insatiable need to know how to do almost everything, and stymied by his own rut of mid-career competence, Tom Vanderbilt begins a year of learning purely for the sake of learning. He tackles five main skills (and picks up a few more along the way), choosing them for their difficulty to master and their distinct lack of career marketability–chess, singing, surfing, drawing, and juggling.

Ultimately, he shares how a refreshed sense of curiosity opened him up to a profound happiness and a deeper connection to the people around him–and how small acts of reinvention, at any age, can make life seem magical.