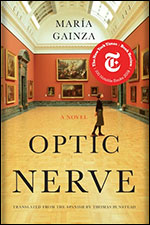 “In this delightful autofiction―the first book by Gainza, an Argentine art critic, to appear in English―a woman delivers pithy assessments of world-class painters along with glimpses of her life, braiding the two into an illuminating whole.” ―The New York Times Book Review, Notable Book of the Year and Editors’ Choice

The narrator of Optic Nerve is an Argentinian woman whose obsession is art. The story of her life is the story of the paintings, and painters, who matter to her. Her intimate, digressive voice guides us through a gallery of moments that have touched her. 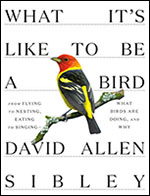 What It’s Like to Be a Bird: From Flying to Nesting, Eating to Singing–What Birds Are Doing, and Why
by David Allen Sibley

The bird book for birders and nonbirders alike that will excite and inspire by providing a new and deeper understanding of what  21 common, mostly backyard, birds are doing–and why.

“Can birds smell?” “Is this the same cardinal that was at my feeder last year?” “Do robins ‘hear’ worms?” In What It’s Like to Be a Bird, David Sibley answers the most frequently asked questions about the birds we see most often. This special, large-format volume is geared as much to nonbirders as it is to the out-and-out obsessed, covering more than two hundred species and including more than 330 new illustrations by the author. 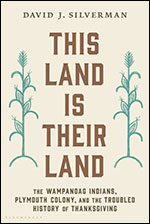 This Land Is Their Land: The Wampanoag Indians, Plymouth Colony, and the Troubled History of Thanksgiving
by David J. Silverman

Ahead of the 400th anniversary of the first Thanksgiving, a new look at the Plymouth colony’s founding events, told for the first time with Wampanoag people at the heart of the story.

This unsettling history reveals why some modern Native people hold a Day of Mourning on Thanksgiving, a holiday which celebrates a myth of colonialism and white proprietorship of the United States. This Land is Their Land shows that it is time to rethink how we, as a pluralistic nation, tell the history of Thanksgiving. 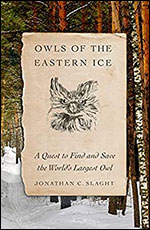 Owls of the Eastern Ice: A Quest to Find and Save the World’s Largest Owl
by Jonathan C. Slaght

“A terrifically exciting account of [Slaght’s] time in the Russian Far East studying Blakiston’s fish owls, huge, shaggy-feathered, yellow-eyed, and elusive birds that hunt fish by wading in icy water . . . Even on the hottest summer days this book will transport you.”―Helen Macdonald, author of H is for Hawk

A field scientist and conservationist tracks the elusive Blakiston’s Fish Owl in the forbidding reaches of eastern Russia. Through this rare glimpse into the everyday life of a field scientist and conservationist, Owls of the Eastern Ice testifies to the determination and creativity essential to scientific advancement and serves as a powerful reminder of the beauty, strength, and vulnerability of the natural world. 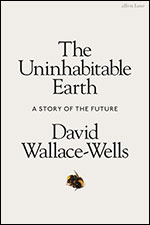 The Uninhabitable Earth: Life After Warming
by David Wallace-Wells

It is worse, much worse, than you think. If your anxiety about global warming is dominated by fears of sea-level rise, you are barely scratching the surface of what terrors are possible—food shortages, refugee emergencies, climate wars and economic devastation.

An “epoch-defining book” (The Guardian) and “this generation’s Silent Spring” (The Washington Post), The Uninhabitable Earth is both a travelogue of the near future and a meditation on how that future will look to those living through it—the ways that warming promises to transform global politics, the meaning of technology and nature in the modern world, the sustainability of capitalism and the trajectory of human progress.

The Uninhabitable Earth is also an impassioned call to action. For just as the world was brought to the brink of catastrophe within the span of a lifetime, the responsibility to avoid it now belongs to a single generation—today’s.