Not sure where to vote? Use the NYS Voter Lookup to find your district and where to vote:  https://voterlookup.elections.state.ny.us/ 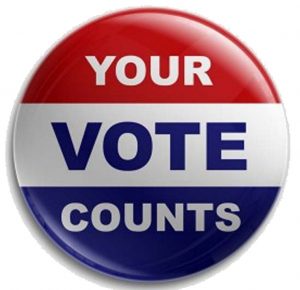 On November 7, registered voters can decide whether NYS should hold a constitutional convention. https://www.elections.ny.gov/ProposedAmendments.html
The New York State Constitution mandates that every 20 years voters will be asked the following question: “Shall there be a convention to revise the constitution and amend the same?” The next referendum will be held on November 7, 2017. It presents a constitutional choice of profound importance; a once in a generation opportunity for the State to reinvent itself. We will not have this opportunity again for another 20 years. — http://www.nysba.org/nyconstitution/

The CCLD library budget is also on the back of the ballot!