“Ameta: Famous French Mirror and Fire Dancer” headlined Elmira’s Majestic Theatre’s Christmas program. According the Elmira Star Gazette article from Dec. 24, 1914,  Ameta was a “…world famous mirror and fire dancer…a French woman, she had been appearing in Berlin when the war broke out and it was with difficulty that she escaped from German soil and came to this country, where she graced our local stage with her “10 large mirrors which reflect her every pose and give the effect of ten ballerinas dancing at once and …a wealth of filmy robes which are given beautiful tints under the multicolored lights in which she dances….” 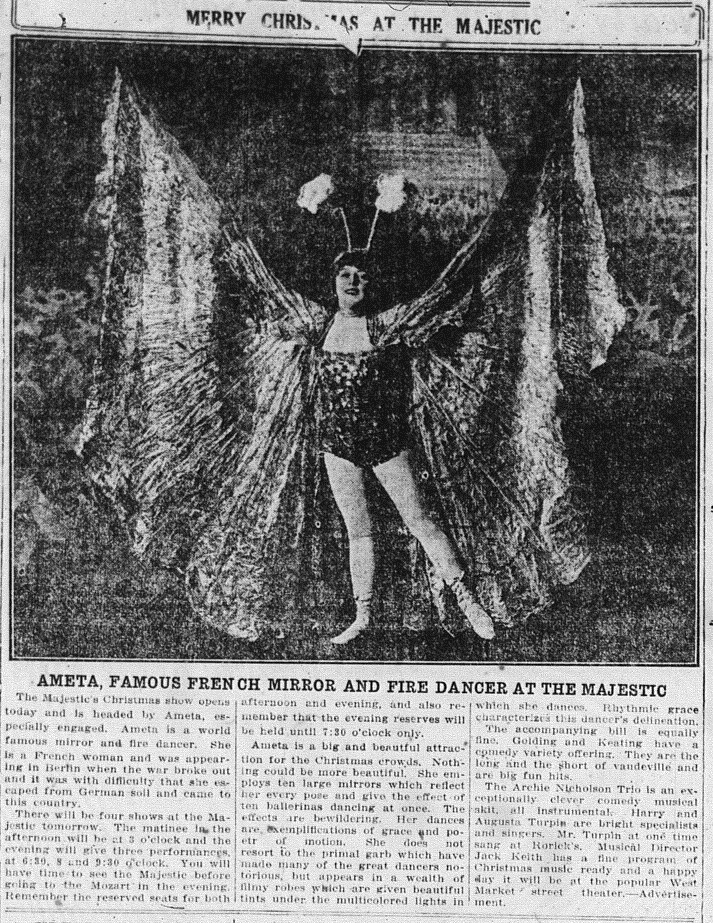 And now, we can experience a moment of that long-ago Christmas show in Elmira, via video clip, courtesy of the Library of Congress.  Check out Ameta performing here:

The Majestic Theatre was located at 102-104 W. Market St in Elmira.  Using he city directories, it looks like it was founded circa 1910-1911 and went out of business circa 1929.  A picture of the theatre sign appears below. 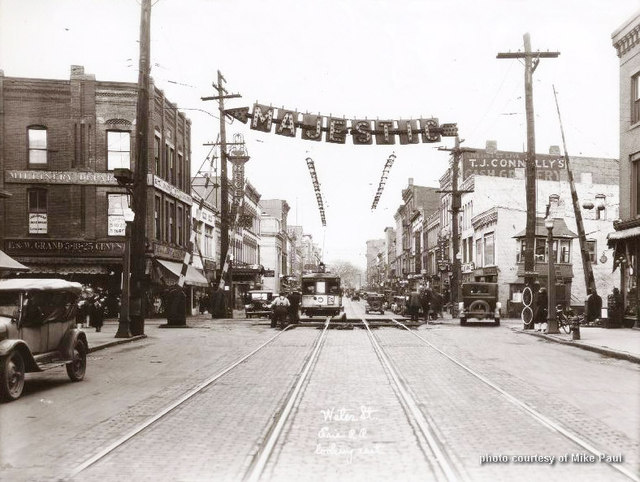