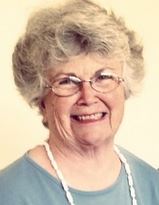 By the time you read this, I will be retired. Connie Ogilvie has taken over the writing of this column but I asked her if I could use it to say goodbye. I have loved working in a public library, meeting our patrons and volunteers and talking books with them. Another great benefit of working in a public library is working with other reference librarians who keep up with the latest technology and are so happy to keep other staff and patrons updated too. Please look for the list of technology classes on our calendar of events.

We started Librarian’s Picks on our website twenty years ago, to try and let people know about all the treasures and information in the nonfiction section of the library. Although I always considered myself a reader and a public library user, I never realized how much easier my life would have been if I knew what was available in the library, before I became a librarian. For example:  shortly after I got the job, my son who had just graduated from college and had moved to California called me on Thanksgiving Day to say he was in a hospital in Los Angeles because he had been in an accident, breaking several bones in his face; the surgeon who would be operating in the morning didn’t speak much English but did tell him that he might lose his eye or hearing and have scars. I told him to not sign anything until I called him back, knowing that we had a book in the reference department titled Best Doctors and other books listing medical specialties and the people accredited in them. I raced to the library and found he didn’t need a plastic surgeon but a cranial facial surgeon; the best one, the one who other doctors would take their family to, was in Santa Monica so I got his phone number and called my son back and had him call the doctor. He answered his phone and told Dan that he would gather his team and operate the next day, which he did. Dan had no hearing loss, no eyesight lost, no scars. The doctor’s staff asked how Dan knew to come to this surgeon and he answered: “My Mom is a librarian”. Later I came across books that I would have loved to know existed when I was a homemaker, such as What to expect the first year by Heidi Murkoff, and wanted other people to know they existed, but never found the perfect way. When we were young, my husband and I bought a very old house and remodeled it ourselves, learning as we went with all the mishaps and mistakes. I later discovered that the library had books that told you exactly how to do each of the things we struggled with.

My mantra as a librarian is “From birth to death, no matter what you do, there is a book or video to help you do it easier or better at the library. ” So the next time you have a question or are struggling with a problem , consider coming to the library for a book, a video, a class or a chat with a reference librarian.