Ezra Jack Keats (1916-1983) was a pioneer in American children’s literature.  He based the lives of his multicultural characters on his childhood but added loving parents, friends and pets.  He wanted no child to be an outsider.  “If we could see each other exactly as the other is,” he wrote, “this would be a different world.”

Ezra Jack Keats broke the color barrier in children’s literature with the success of The Snowy Day, in 1962. He believed that all children should be able to see themselves in books they love.

The Children’s Department is partnering with the Clemens Center to offer a special Snowy Day Story-time on Monday March 2nd at 4:00PM.

Story-time participants will receive a discount voucher for The Snowy Day and Other Stories by Ezra Jack Keats performance at the Clemens Center Sunday, March 15, 2020 at 2:00PM.

The onstage adaptation of Ezra Jack Keats’ children’s stories brings four of his best stories to life: Whistle for Willie, Goggles!, The Snowy Day, and A Letter to Amy. Sixty minutes of singing, live action, and shadow puppets celebrate the wonder of childhood in the city.

Experience the excitement of a fresh snowfall, the delight of whistling for the first time, and the awe in finding a special treasure. 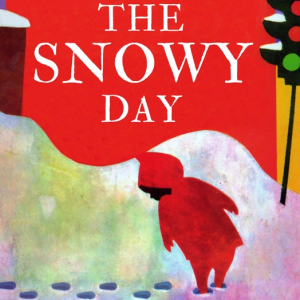