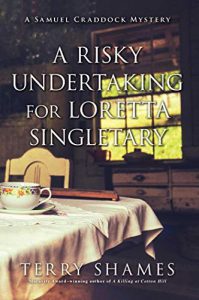 These new titles are recommended by reviewers of Amazon and Goodreads:

The Silent Patient, by Alex Michaelides

Alicia Berenson writes a diary as a release, an outlet – and to prove to her beloved husband that everything is fine. She can’t bear the thought of worrying Gabriel, or causing him pain. Until, late one evening, Alicia shoots Gabriel five times and then never speaks another word.

Renée Rosen draws readers into the glamour of 1965 New York City and Cosmopolitan Magazine, where a brazen new Editor-in-Chief–Helen Gurley Brown–shocks America by daring to talk to women about all things off limits…

Things in Jars, by Jess Kidd

London, 1863. Bridie Devine, the finest female detective of her age, is taking on her toughest case yet. Reeling from her last job and with her reputation in tatters, a remarkable puzzle has come her way. Christabel Berwick has been kidnapped. But Christabel is no ordinary child. She is not supposed to exist.

The Unhoneymooners, by Christina Lauren

Olive braces herself to get through 24 hours of wedding hell before she can return to her comfortable, unlucky life. But when the entire wedding party gets food poisoning from eating bad shellfish, the only people who aren’t affected are Olive and her enemy Ethan. And now there’s an all-expenses-paid honeymoon in Hawaii up for grabs.

My Lovely Wife, by Samantha Downing

We look like a normal couple. We’re your neighbors, the parents of your kid’s friend, the acquaintances you keep meaning to get dinner with. We all have secrets to keeping a marriage alive. Ours just happens to be getting away with murder.

One man is dead and another is missing down south near Ridgway, Colorado. When the local law enforcement reaches out to Chief Detective David Wolf’s department, his task is to check on former-sheriff Harold “Hal” Burton. Because a person of interest in the case has also gone missing–Burton’s estranged nephew, Jesse. It  soon becomes clear there is more going on than meets the eye.

All these titles are or will be at the Steele Memorial Library, so check on availability, and enjoy your summer reads!

Also, don’t forget to check out our podcast, The Book Bundle, at  https://soundcloud.com/chemunglibs