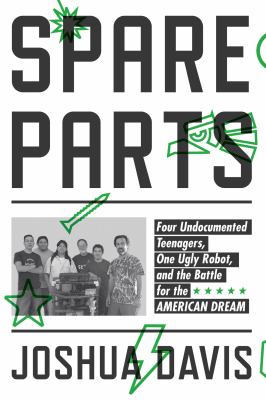 New non-fiction books are always fun to browse, and this month is no exception.

100 Years of Brodies With Hal Roach: the Jaunty Journeys of a Hollywood Motion Picture and Television Pioneer by Craig Calman is a book featuring the illustrious film career of the legendary film producer Hal Roach, famous for Laurel and Hardy , Our Gang Comedies, Topper, Of Mice and Men, and television series such as My Little Margie and the Gale Storm Show: Oh Susanna!.

The Handy Investing Answer Book by Paul A. Tucci is a question and answer guide to investing. This book explains the differences in various investment instruments, clarifies concepts and definitions, and introduces investment strategies.

Spare Parts: Four Undocumented Teenagers, One Ugly Robot, and the Battle for the American Dream by Joshua Davis is a story about four Mexican American students who come together and build a robot out of scavenged parts, and win the “Marine Advanced Technology Education Robotics Competition at the University of California, Santa Barbara (2004). But the story also involves tails of immigration laws and the triumphs and tribulations for these four boys before and after the competition.